Sveba Dahlen is a global company with distributors and customers all over the world, we deliver ovens and bakery equipment to all kinds of bakeries.
Here we are proud to show some of our partners, all from industrial bakeries, to small family bakeries and super markets. 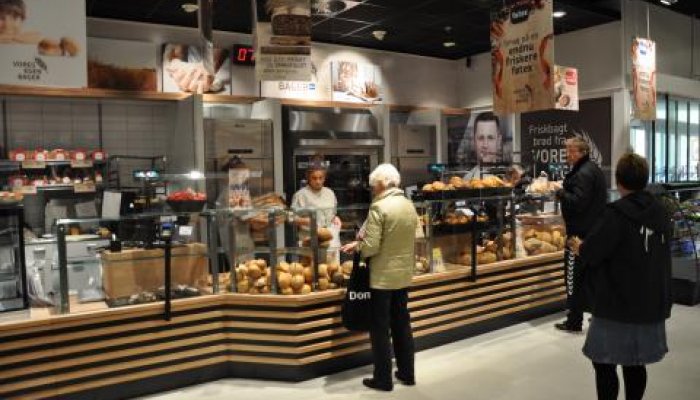 The V-Series ovens and the Fermatic Q4 prover keep up the good baking results. In the Danish city of Fredericia, there is a Føtex store, which is grocery store chain owned by the Dansk Supermarked Group. 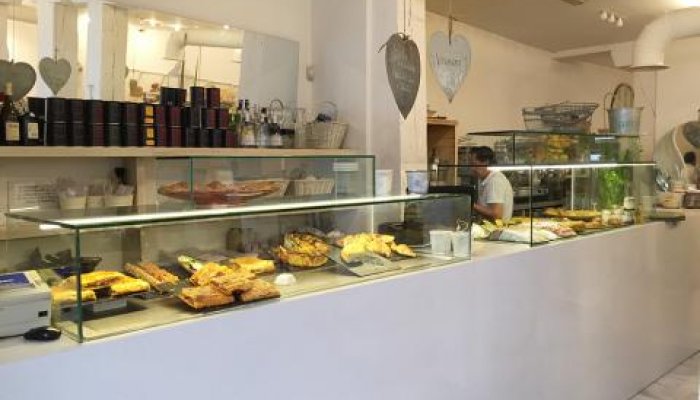 [h]arina - an inspirational cafe movement in the heart of Madrid

The owner of [h]arina started her first cafe six years ago in Recoletos, central Madrid. The cafe has many visitors, both regulars and tourists. Pastries and simple dishes are offered to the guests. The concept has developed over the years and now there are four [h]arina cafes – each one having become a real success story! 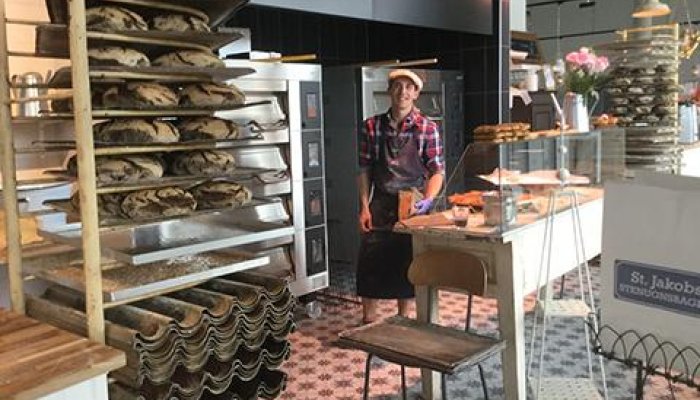 Mattias Mårtensson is the businessman behind the very agreeable local attraction, St Jakobs Stone Oven Bakery in Malmö. Mattias owns and runs no fewer than five different bakeries (with another one on the way) in Slottsstaden Malmö, Valhallabageriet in Stockholm, St. Jakobs in Lund, St. Jakobs in Lomma and now St Jakobs Stenugnsbageri, which is centrally located next to Malmö’s new station. 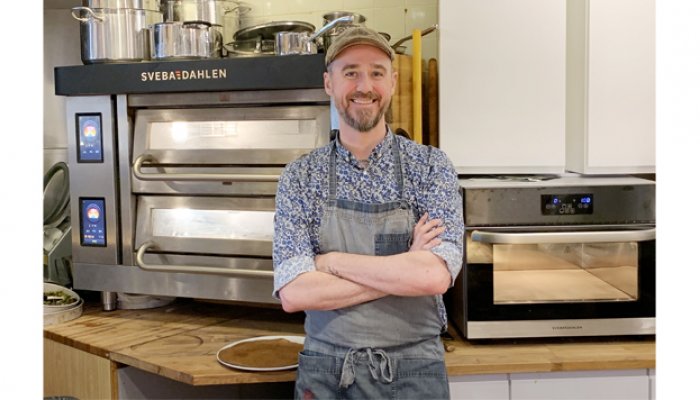 With his passion for genuine small-scale craftsmanship, slow processes and organically grown ingredients, Sébastien Boudet took the leap to start his own artisan bakery, “Sébastien på Söder”, in Stockholm in 2018. 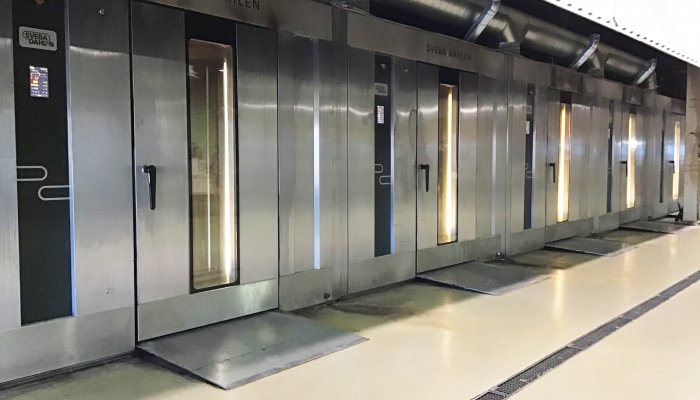 The family bakery that delivers to the west region of Sweden

The family-owned bakery Tjörnbagarn was founded in 1985. Today, the bakery is owned and operated by the third generation of bakers—brothers Johan Carlsson and Mathias Niklasson. 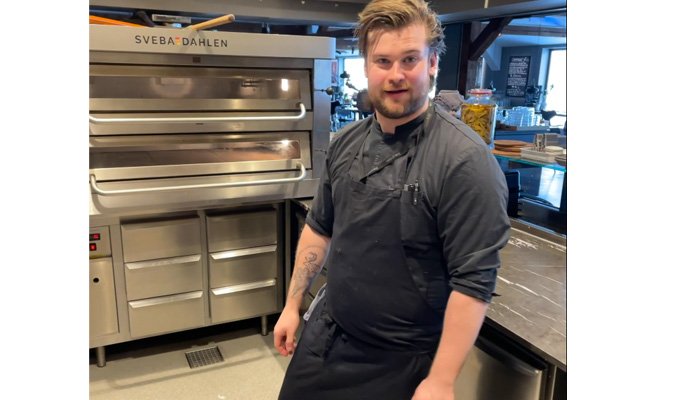 At the museum Fotografiska in Stockholm we find the bistro Bread and Wine, which with the restaurant team's solid knowledge and Paul Svensson's curiosity uses ingredients according to season and constantly works with a circular kitchen and minimal waste without sacrificing taste. This has earned them the title of Sweden's most sustainable restaurant. Since 2020, Fotografiska's restaurant also has Guide Michelin's sustainability label. 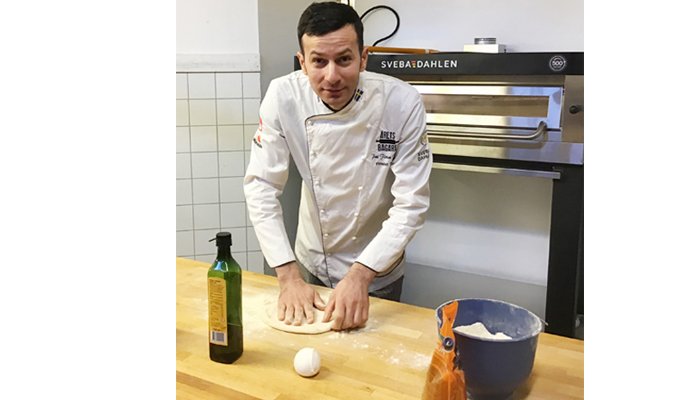 The bakery that has made great strides with its baked goods and pizza – despite COVID-19!

The Sandby Stenugnsbageri bakery is located in Södra Sandby, in Lund Municipality, Skåne. One cannot help but be impressed by its owner, Paul Florian Ficard, who in the past year has built his bakery into a thriving business. 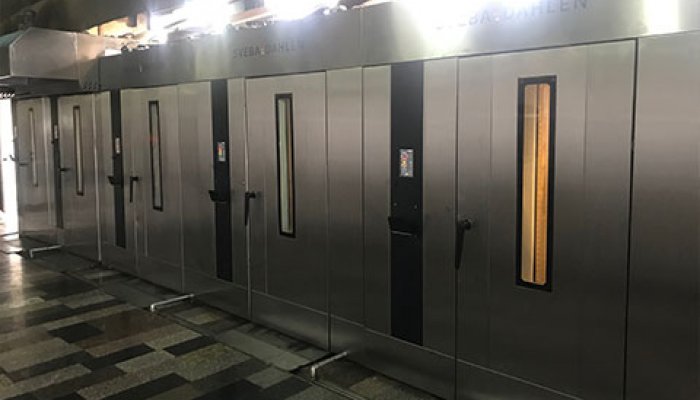 Jawad Modern Bakeries Co. in Amman, Jordan, is committed to delivering fresh products with fantastic taste and the highest quality. They offer a wide range of breads and pastries, and produce sausage bread, toast bread, bagels and confectionery products. 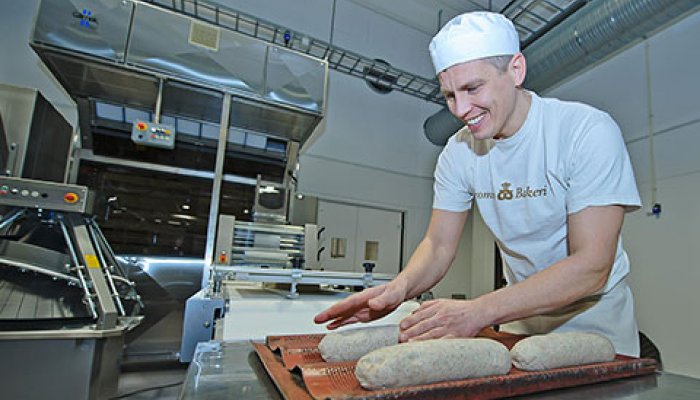 At Tromsø Bakeri, the ovens are in near constant use. They bake bread, rolls, vanilla custard buns, cake bases, muffins and pan loaves. Since moving to a new, 1600 m2 plant in 2018, both the delivered products and efficiency have improved. 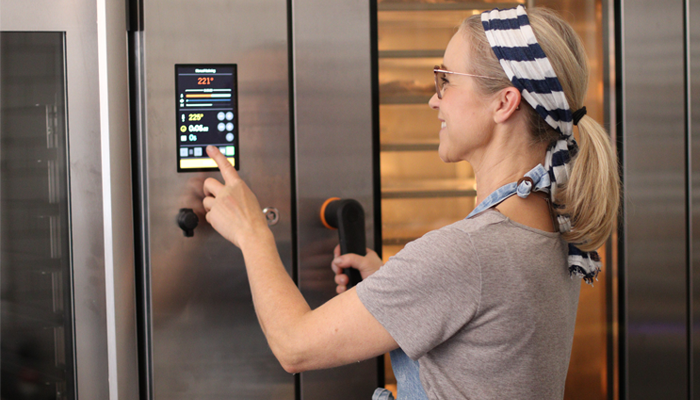 A gluten-free artisan bakery quickly becomes a success in Stockholm

Malvas glutenfria hantverksbageri is a bakery like any other, really. What sets the bakery apart is that all its baked goods are gluten-free and lactose-free. This means that anyone who chooses to avoid gluten for one reason or another, suffers from celiac disease, or for that matter is lactose intolerant, can enjoy the bakery’s entire product range. 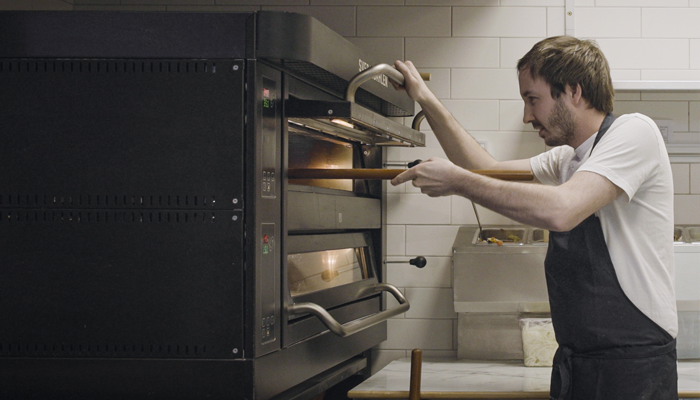 Stella Pizza shoots for the stars – and proves that ambition doesn’t have to be expensive!

Stella Pizza is the result of two colleagues’ shared dream of expanding their favorite neighborhood pizzeria from when they were kids into a pizza chain serves pizzas with a twist to everyone – every day of the week. 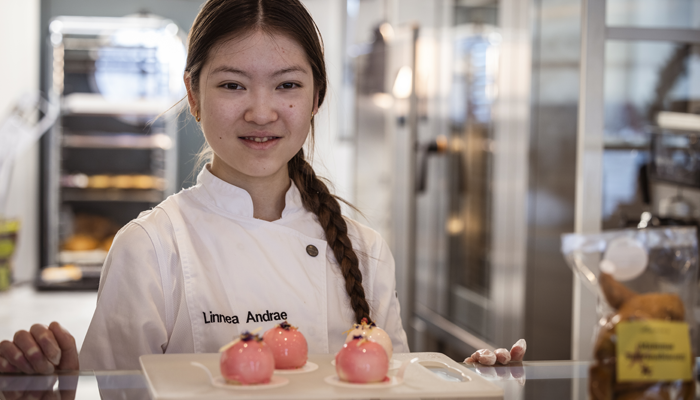 Linnea Andrae’s passion for baking can probably be traced back to when she was just 6 years old, when she and her father started baking cinnamon rolls together every Saturday. Her dad was mostly interested in eating the pastries, but for Linnea it sparked a dream of running her own tearoom. A dream that has recently come true, despite the fact that Linnea is only 19 years old. 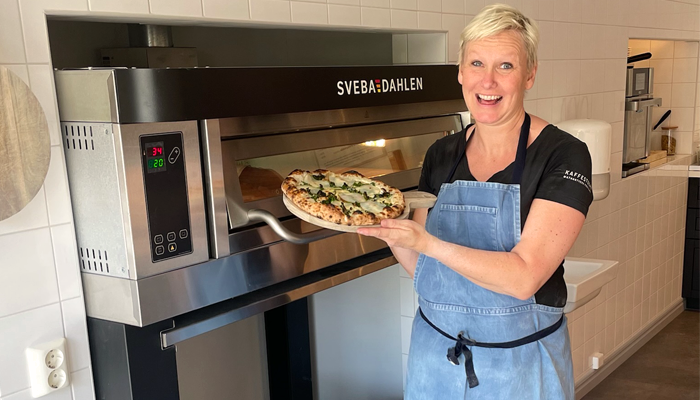 Kaffestugan i Böda is a seasonal bakery that grows and develops year after year. Its list of offerings now includes an artisan bakery, a patisserie, a gelateria, a coffee roastery, a lunch menu, and a pizzeria. 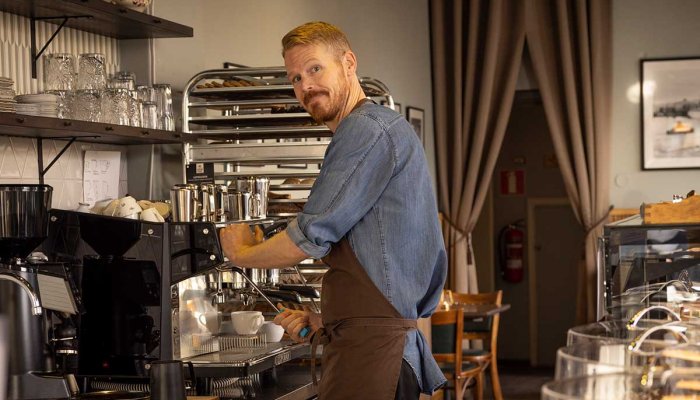 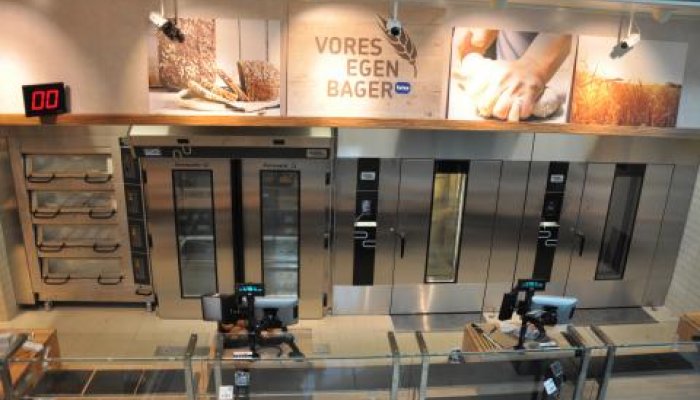 We are proud to have delivered a complete bakery for the Bake Off bakery environment in Føtex's newest store in Copenhagen. The store is located in the BIG shopping center that had its grand opening on October 31, 2015. The Sveba-Dahlen brand name can be seen in the store on two V-40 ovens, 1 Fermatic Q4 Freezer, retarder, prover and a DC-42E deck oven. 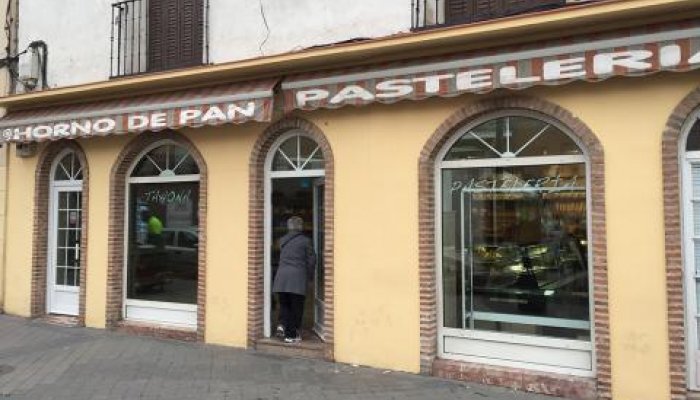 In Spain's capital, Madrid, you will find the delightful family bakery, Horno de pan. The bakery that has been run for four generations is well known in the city, as they deliver bread to shops all over Madrid. 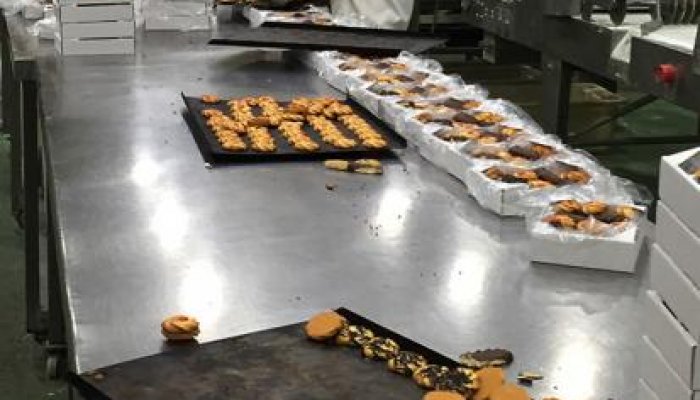 Atocha - a major supplier of pastries all over Spain

Justo Fernández García is a second generation owner of the large scale Atocha bakery, founded 40 years ago. Atocha works with retailers and distributors and has central agreements with them all over Spain as well as in Mallorca and the Canary Islands. 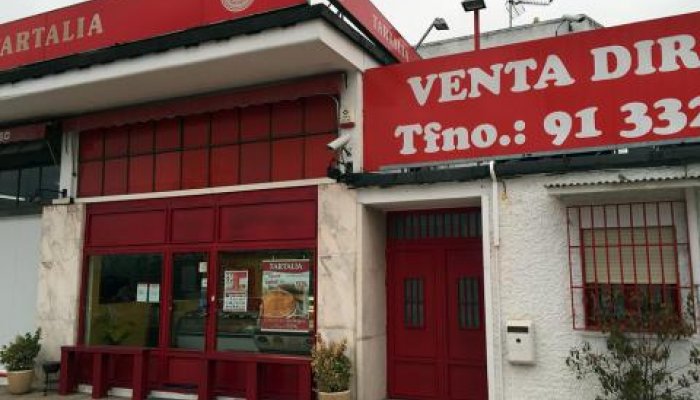 In Madrid's Poligono Vallecas Sur district, you'll find José Calero Martínez's company, Tartalia. Their business idea is to sell pre-baked cakes across the entire Madrid area. The company has 30 franchises that have cakes and pastries delivered to their patisseries every day. 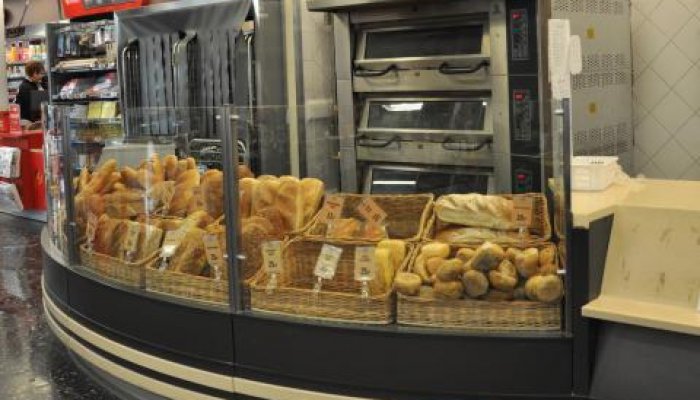 The store chain Kvickly (Coop) is a major grocery chain in Denmark owned by a total of 1.3 million members and has a store in the Danish city of Ribe. Sveba-Dahlen chose to visit Kvickly Ribe in particular because there they have chosen to bake with our eco+ concept and can also show, through their own measurements, that they save energy – a lot of energy! 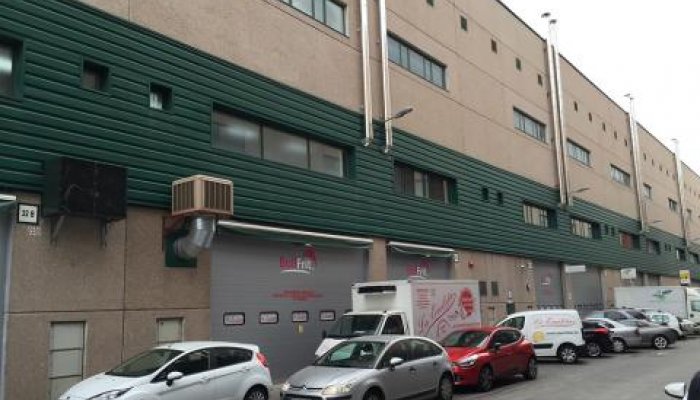 La Emilita - a large-scale bakery for baked goods and pastries

La Emilita is a large bakery located in Madrid's Zona de Industiral de Villverde. La Emilita has a daily production capacity of around 80 percent pastries and 20 percent bread. They deliver baked goods to no fewer than 1,200 customers/day in the Madrid area. 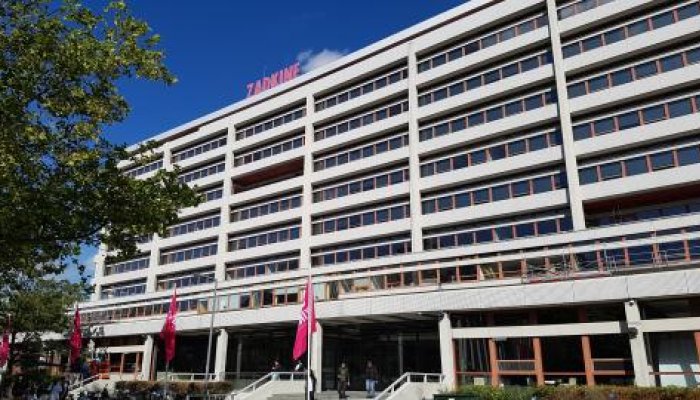 Baas Food Equipment, Sveba Dahlen’s distributor in Holland, completed a wonderful project in the summer of 2016: the complete redesign of three bakery rooms at the Zadkine educational institute in Rotterdam. The choice of ovens fell on Sveba Dahlen 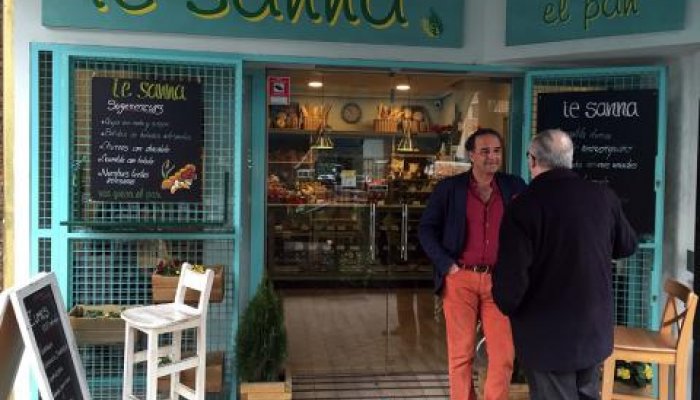 In the Guindalera quarter, you'll find the little ie Sanna bakery, a family dream that came true. When the owner moved back to Madrid with his wife and children after having lived in Sweden for many years, the family dreamed of starting their own bakery and cafe. 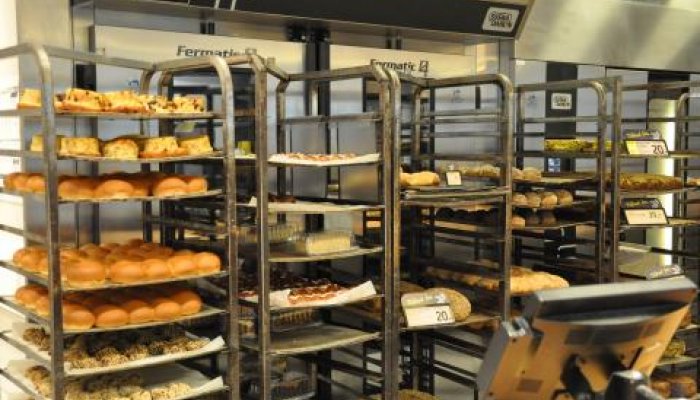 In the Danish city of Kolding, there is a Føtex store, which is grocery store chain and subsidiary of the Dansk Supermarked Group. Føtex has 88 stores and 15,000 employees with a strong focus on three core areas: the produce section, their own charcuterie and their own bakery. Every day, fresh ingredients and top quality service are delivered by the Føtex stores.