Kalle spent his entire childhood in a home where cooking was a major interest. It was therefore perhaps no wonder that he was drawn to the culinary profession, and he went on to train and work as a chef. It was during his time as a chef that Kalle got to know the former owner of Kampanilen Reino Persson, who was a supplier for the restaurant where Kalle worked.

- “We used to joke that one day I would take over his place”, says Kalle.

And one day it happened! But not until after infantryman Bengtsson had returned from serving in Afghanistan and had begun to think about what he wanted to do with his life.

- “I had always been interested in sweet products and baked goods. After I’d left the military, I realised that I would need to retrain in order to make the move from the kitchen to the bakery, so I enrolled on an occupational course for bakers and confectioners in Gothenburg.” 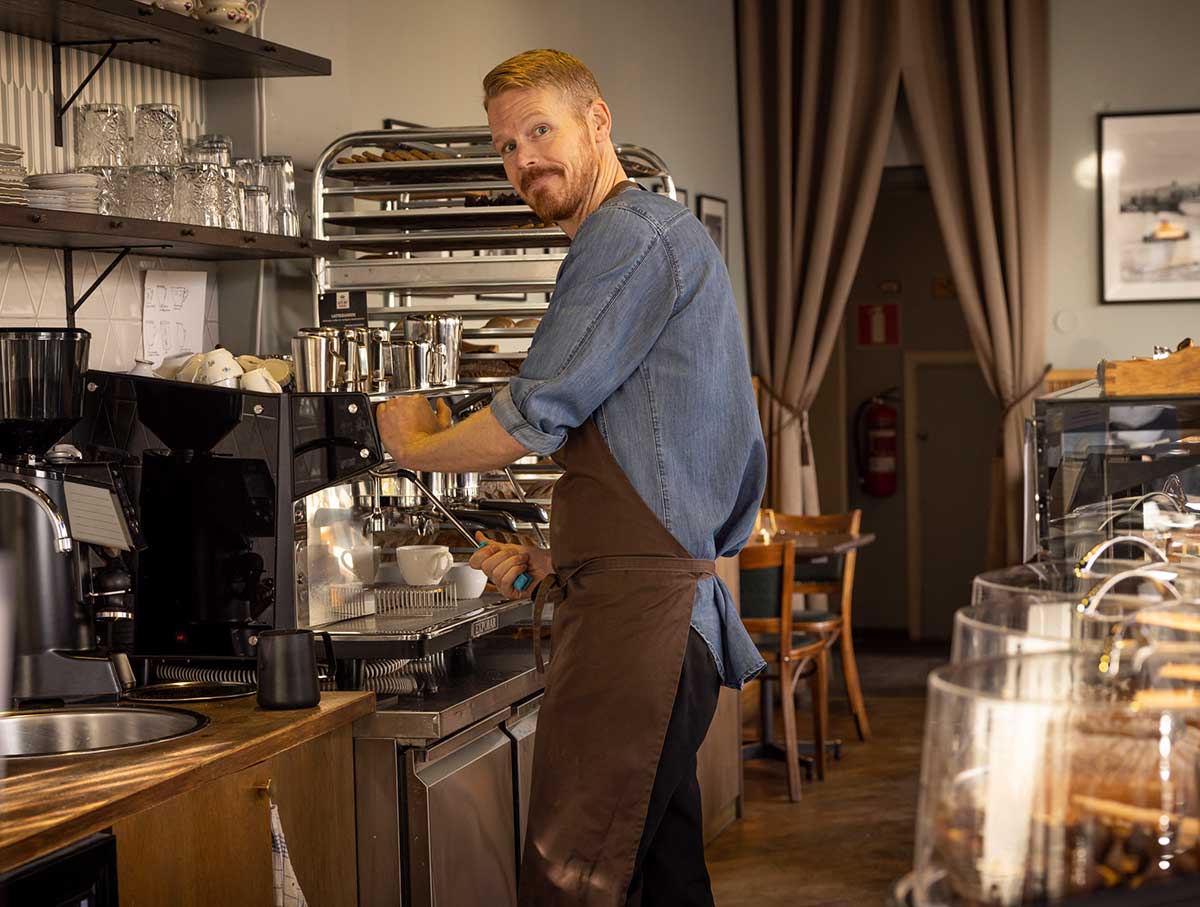 During his time as a student, Kalle became interested in the idea of competing in confectionery competitions, as his teacher had previously participated in several competitions as a confectioner in connection with competitions for chefs. This inspired Kalle, who was soon entering competitions himself. And it went very well! Together with Sweden’s national chef team, Kalle participated in both the Olympics and the World Championship, where they won the gold medal in 2018. In 2017, Kalle also competed as an individual in the Swedish competition Confectioner of the Year, from which he also returned with a gold medal.

Kalle then continued his upward momentum by taking over as the new owner of Kampanilen. Today, this artisan bakery has many customers among local residents, but also delivers bread, rolls and buns to restaurants and businesses. During the pandemic, there was an increase in the take-away side of the business, which has been positive for Kampanilen. Today there are seven regular employees, plus temporary staff. Kalle thinks that he is fortunate as he has several apprentices from vocational schools on site, and he feels that bakers and confectioners really want to work at Kampanilen.

- “Kampanilen has always had a good reputation. Kampanilen is well-known among my parents’ generation, for example, and people know that the products we bake here are of high quality”, says Kalle.

The bakery is equipped with both a deck oven with three decks (D­Series) and a rotating rack oven (C-Series) from Sveba Dahlen. The rack oven replaced a really old predecessor from the older generation of rack ovens, which, although still fully operational, took up a lot of space in the premises and was also unable to deliver even baking results. It also had very high energy consumption.

- “There has been a major difference in the baking results we achieve with the new oven. Everything on the entire rack gets evenly baked, which is great as you can just put the rack in and then take it out again when it’s ready, without having to check and turn the products”, explains Kalle, and continues:

- “It’s also nice that this oven is hot when we arrive in the morning! The timer function is really good. And neither does the oven use as much energy as the old one. It is also very reliable! With Sveba, you know you are getting a product you can trust!” 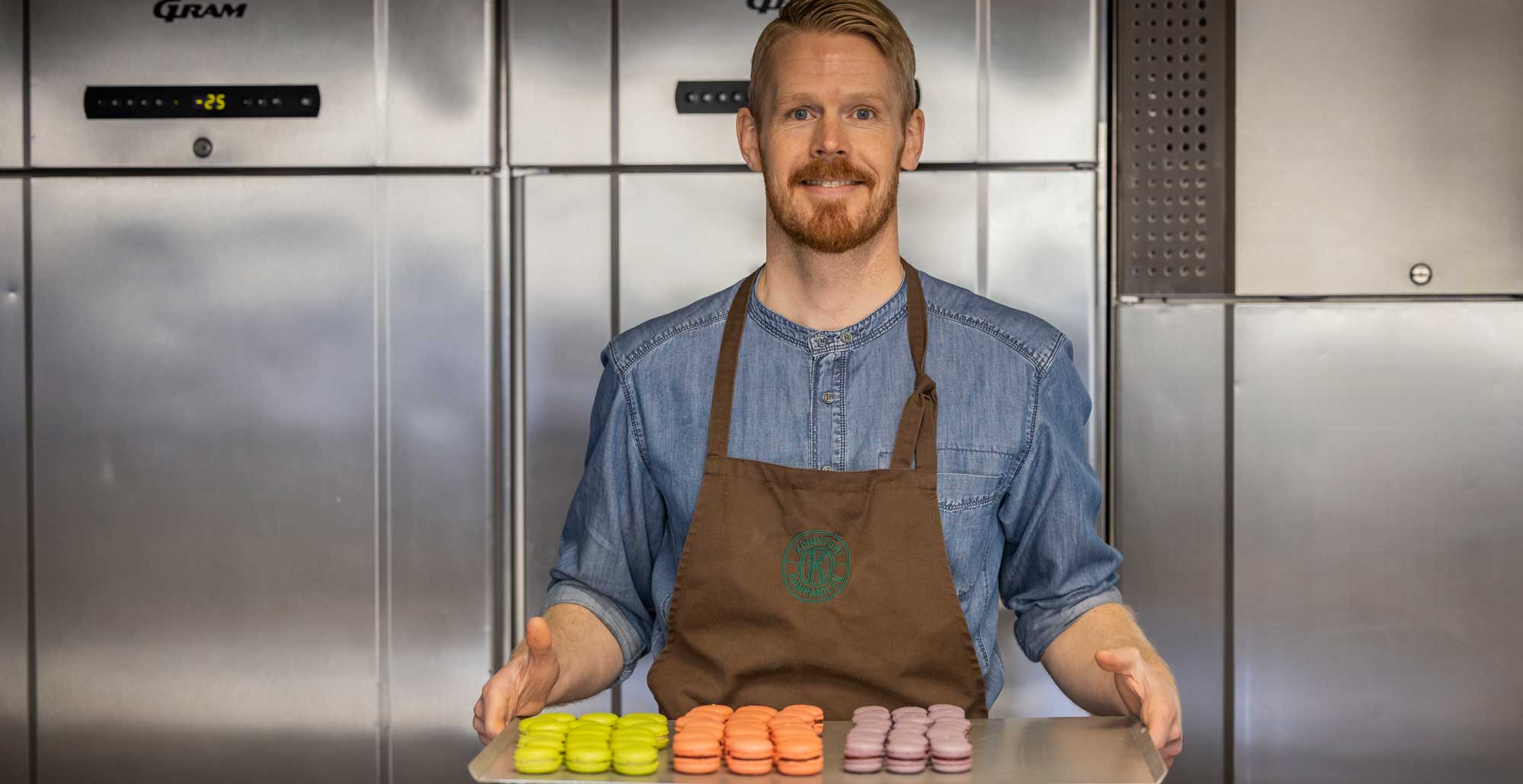 Before Kalle decided on Sveba Dahlen, he Googled around and compared both ovens and prices. He says that the decision to go with Sveba Dahlen was largely based on his previous experience of Sveba Dahlen’s machines, and the combination of both price and quality also convinced him that he was making the best possible investment. Kalle also sees the benefit of being able to order spare parts and then replacing them himself, without things getting overly complicated.

- “The downside is that spare parts and service can be expensive. So, as a self-employed businessman, it is great if you have the option of being able to replace certain things yourself. Sveba’s support has always been helpful if I’ve had any questions, even when I’ve bought used items, so I have been able to resolve many of the issues by myself”, continues Kalle.

The ovens inside Kampanilen are on pretty much all day. Most of the products are cold-fermented overnight and are ready to be baked straightaway at five o’clock in the morning, when the deck oven is in use for about three hours. After that, it is the confectionery section that gets to work, and the rack oven is on for most of the day.

They try to keep their work as local as possible, using local producers and seasonal ingredients. Kampanilen has a wide range of products, from different kinds of bread and buns, to pastries, cakes, wedding cakes and chocolate. Kalle uses social media for additional inspiration, and likes to add his specialist chocolate and pralines.

- “Everyone makes cakes, but we put our own specialist twist on things by using chocolate!” says Kalle with a smile.

Working with chocolate is also something of a favourite for Kalle, whose working day becomes that little bit more fun when making chocolate is on the to-do list. 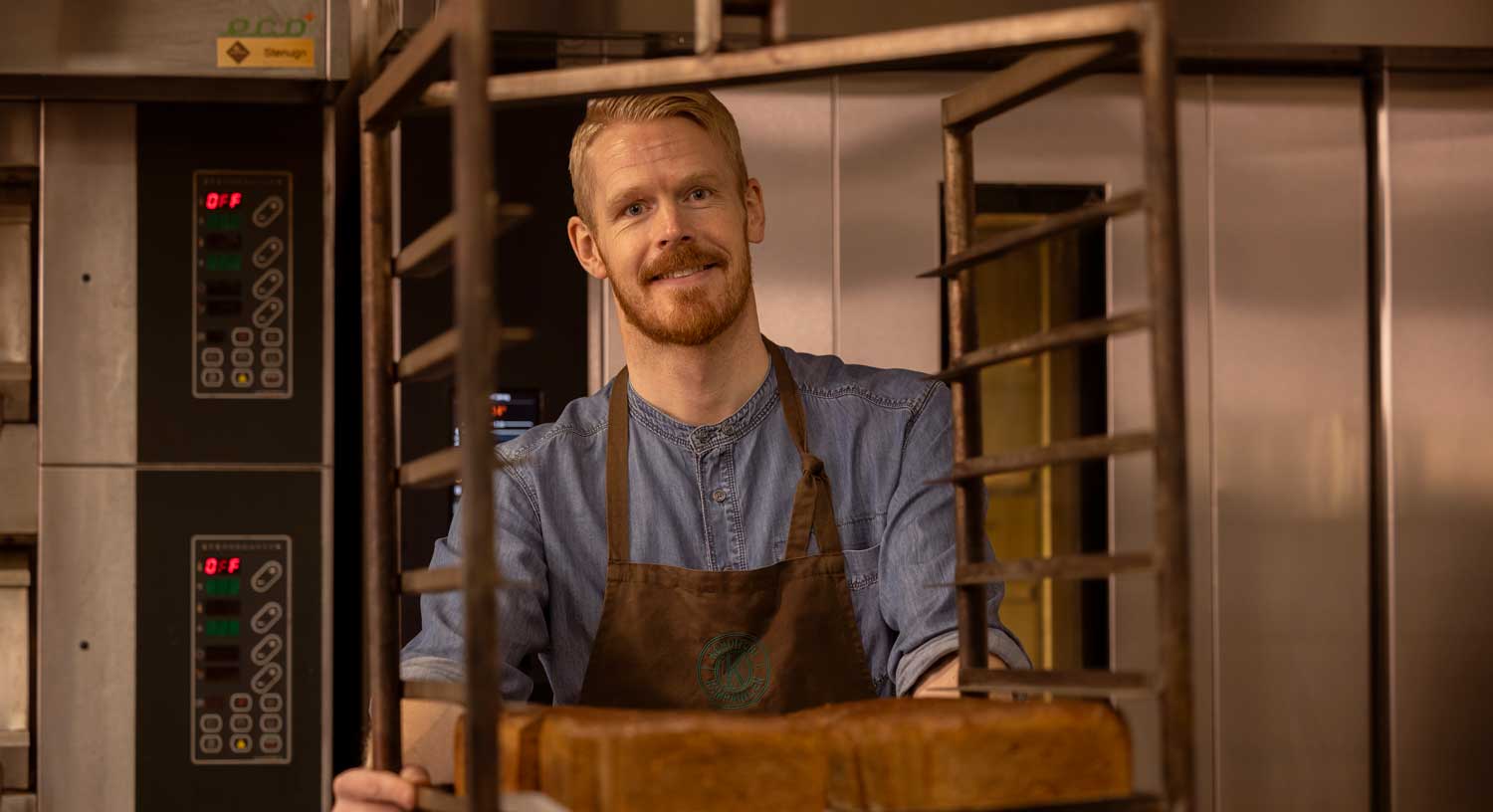